Differences to Expect in the Streets of Korea

Differences to Expect in the Streets of Korea

During a first visit to Korea, there are so many things to see and plan and visit that it can get a little bit overwhelming. There are dozens of blog posts and YouTube videos about first experiences traveling in Korea, with many of them giving helpful tips on how to maneuver through different cultural differences. At GOA'L, we thought it would be fun to come up with our own list of things that a visitor might see during their time in Korea and share the best way on maneuvering .

In all the major cities, you will encounter teenagers and even older trying to give leaflets to pedestrians. Sometimes these workers even wear costumes to catch people’s attention. This is one of the most common forms of advertisement in Korea. Many people take on the part-time job of handing these leaflets out getting paid only after handing out the set quota of leaflets per day.

During the approximately 6 minute walk from the closest subway station exit to the G.O.A.’L office, one will usually end up with two to three handouts. Although the tactics used by the people handing out flyers can sometimes be slightly aggressive, the leaflets usually provide coupons and sometimes introduce you to fun, new restaurants or a cool VR cafe. It can make it worth taking a look at.

As you may already know, Korean beauty products are making their way across the world. Korea is now known for its affordable cosmetics and high-quality skincare products. You can find multiple cosmetic stores on every street, ranging from Innisfree or Etude House, two famous domestic make-up brands, to Olive Young, a Korean version of Sephora. There are often workers that stand in front of the stores to promote ongoing sales and inviting people to come in and check out the products. Many places offer 1+1 deals (otherwise known as buy 1 get 1 free) and reduced prices on their high-quality sheet masks, selling a pack of 20 sheet masks for as cheap as 10,000 KRW (USD 8.50/EUR 7.50). The promotions are almost endless, which makes trying a variety of brands that much harder to resist. During your first (or next trip to Korea), find a new favorite or stock up on your go-to(s). 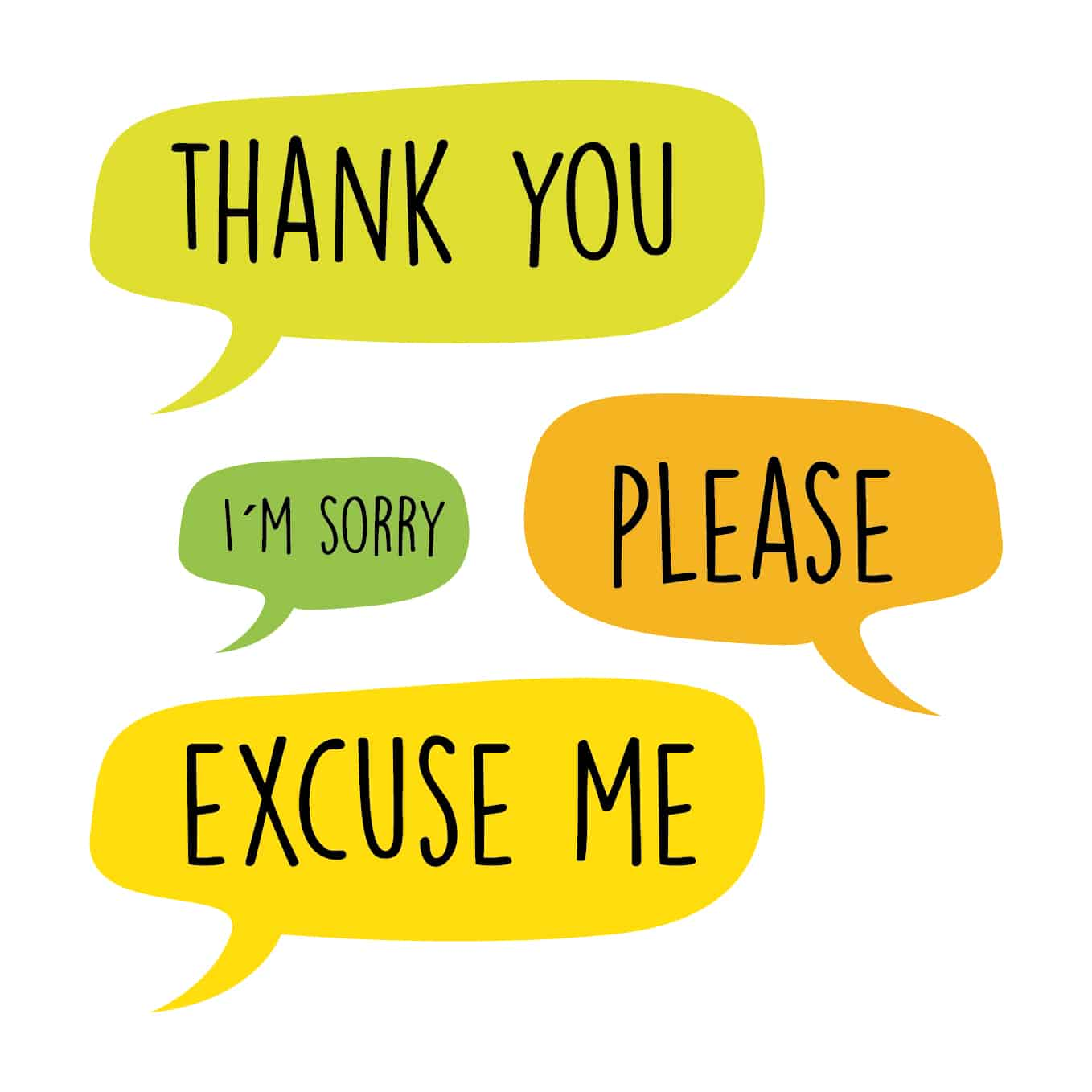 실례하겠습니다 (shil-le-ha-ge-sseum-ni-da) is the Korean equivalent of the phrase “excuse me”, however, it’s rare to hear people saying it in public situations, especially to strangers. The Korean phrase for “excuse me” is quite formal, which could be one reason why it is not commonly used, however, another could be that Koreans rarely apologize in general. For instance, if you are standing in a crowded area, and someone needs to get through behind you, they may just silently shove past you. Not saying “excuse me” or “I’m sorry” is the norm and is not considered particularly rude amongst native Koreans. Perhaps because Korea is so crowded that it would be impossible to not accidentally bump into people all throughout the day. Koreans don’t have a word for “bless you” either! For many city dwellers, this is not something that you may already be used to, however, for many of us, this is something new, but it’s simply something that we have to understand as one of those cultural differences. 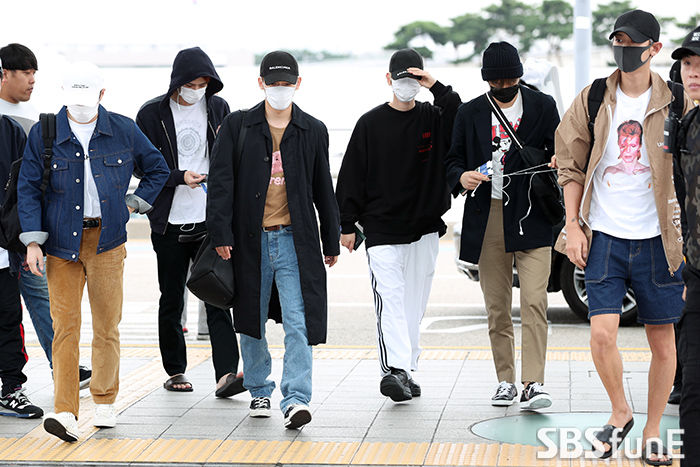 This past year especially, Korea has been struggling with air pollution and fine dust particles. To combat this air pollution, Koreans started wearing masks to cover their nose and mouth and spent most of their time indoors. However, as the summer approached and the air started to clear up, Koreans did not take those masks off.  Recently, some Koreans have started to wear these masks to cover their faces when not wearing makeup, while others wear masks with interesting designs to make a fashion statement. Most celebrities wear these masks for both these reasons. In many other countries, wearing a mask suggests that you are either sick or easily get sick, but in Korea, a black surgical mask is a fashion statement. There is no need to be startled when you see a group of people walking past you wearing masks! 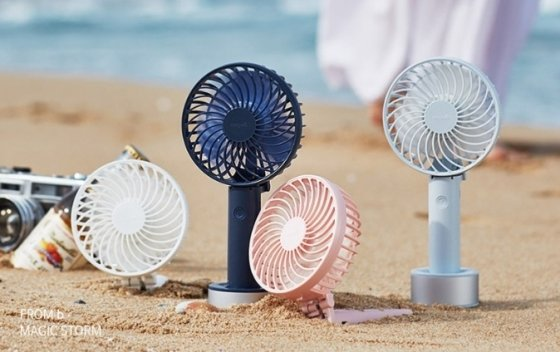 Another common item you will see in Korea if traveling during the summer is a portable, electronic fan. These fans are a must-have when trying to survive the humid, sticky, and hot weather. As early as May, shops set up an area dedicated specifically to these fans so people can prepare themselves for the incoming heat wave. These fans are also helpful when stuck in a crowded subway. Grabbing one of these fans will not only make your summer in Korea more bearable but also allow you to fit in like a local. 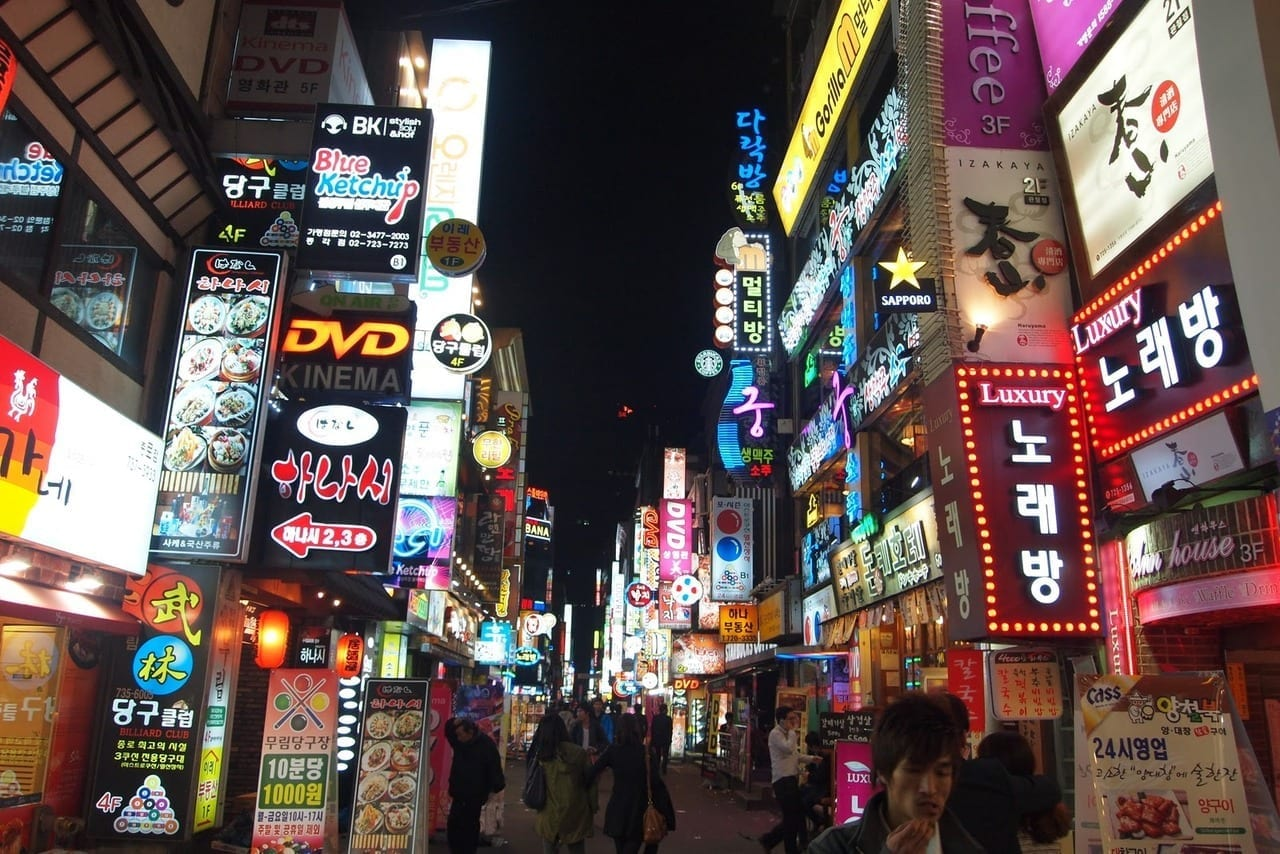 The night life might just be one of the best things that Korea has to offer. My German friend was shocked when she visited Korea for the first time, because she did not expect Koreans to be big-time drinkers. She was so fascinated by how much Koreans love to drink and hang out starting in the early evening and ending sometimes late in the morning. Because the nightlife scene is so developed in Korea, there are countless places open 24 hours, including convenience stores, coffeeshops, PC-bangs (computer rooms), jjimjilbangs (Korean spas), restaurants among others. The streets are bright from all the LED banners, and you feel safer even late at night in areas like Hongdae or Gangnam, because there are so many people around you. You can get dinner with your friends, drink at a bar, go clubbing, and then get a full Korean meal afterwards at 5 in the morning, before you take the first bus home.

A Perspective on Korean Quarantine

Getting your Criminal Background Check While in Korea (US citizen)

Dining Out in Korea: What to Expect